Our Beginnings were humble

or The Lafayette Band of North Kingstown is one of the oldest bands in Rhode Island.  The band was formed in the mill village of Lafayette in 1884 and served as the focus of village social life by performing at lawn parties, socials, and band fairs, which were three-day entertainment extravaganzas.  East Greenwich, Davisville, and Wakefield all had bands, but the Lafayette Cornet Band, as it was known in the early days, was considered the best of the area bands. In the late 1800’s and early 1900’s the band was led by the captain of the steamer General and entertained on moonlight excursions between Wickford and Newport. At the 1889 opening of the Sea View railroad running from Wickford to Narragansett Pier the band led the celebration from its own railroad car.

As some bands floundered, this band flourished when women and high school students were invited to participate in 1946. Nowadays, band members come from many communities in Rhode Island. Our musicians have the opportunity to continue their musical education and present concerts through the area.  Playing concerts in various neighborhoods through the years, the band now makes it summer performance home at the Lafayette Band Stand in the Joseph Pelosi Performance Center located at the North Kingstown Town Beach.  Joe was the band’s longtime director for 50 years during the 20th and 21st centuries. The rich tradition of the band continued for ten years under the direction of Bethany Clarke Bromley, and the band performs at assisted living and nursing homes, parades, community events, and at two formal concerts each year, the Armed Forces Salute in May and the Holiday Concert at Wickford’s Festival of Lights in December.

The Lafayette Band is incorporated as a 501c(3). We welcome donations at each of our public performances throughout the year or through the form on the More page of the website. 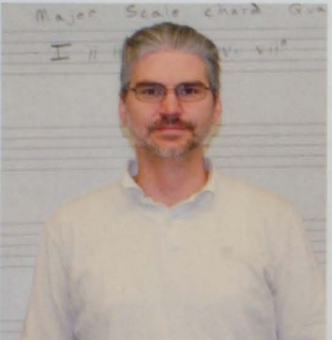 The band is excited to welcome Chuck Johnson as our new Music Director. Chuck is a resident of North Kingstown and a graduate of the University of Rhode Island. He conducts various schools ensembles in the Chariho Regional School District and  has conducted professionally with the 88th Army Band. Chuck is still an active performer, playing principal clarinet with the Narragansett Bay Symphony Orchestra.